Alan Barrios (CNRS) has presented his work on the Fischer-Tropsch synthesis towards light olefins at the The Netherlands’ Catalysis and Chemistry Conference (NCCC) in Groningen (The Netherlands). This conference is widely renowned in Northern Europe in the field of catalysis. Light olefins are important platform molecules in the chemical industry which can be produced via Fischer-Tropsch synthesis from syngas in the presence of a catalyst. Research at CNRS recently demonstrated that promotion of iron catalysts with soldering metals (bismuth and lead) led to an exceptional increase in the Fischer-Tropsch reaction performance and selectivity towards light olefins. 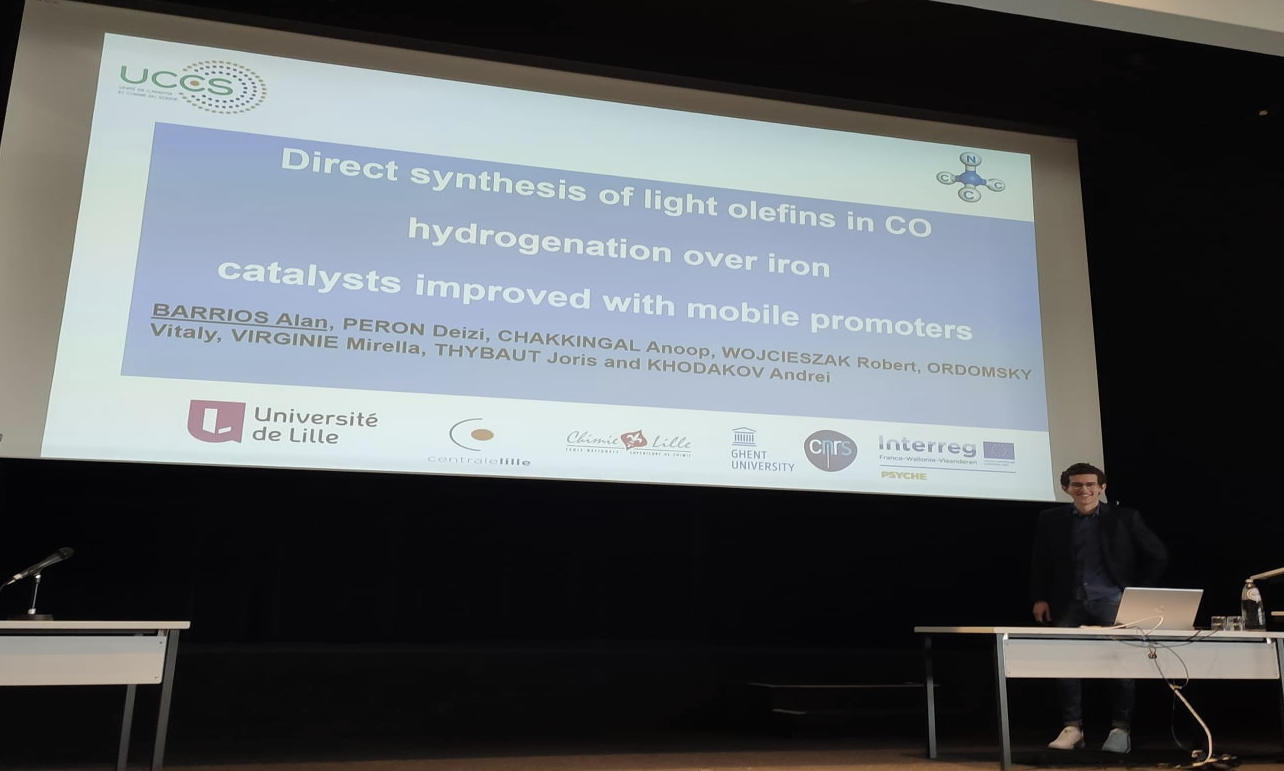